A woman who went to Turkey for dental work said she ended up in hospital fighting for her life afterwards.

Amanda Turner, who is from Northern Ireland, said she paid thousands of euro for root canal treatments and individual crowns.

On Lunchtime Live however, she said she ended up with a completely different procedure.

“I travelled to Turkey in April this year,” she said. “I went believing I was going to have root canal treatments and individual crowns fitted over my teeth.

“While I was there, without my knowing, I was fitted with incorrectly fitted bridges – three at top and three at the bottom.

“When I complained that it wasn’t what we had agreed, and what my receipt said I paid for, or what my warranty would cover me for having, I was thrown out of my hotel.

“They cancelled my transfers to the airport, and I literally had to book new flights and get myself home for emergency appointments with my dentist.

“I ended up with bacterial infections that landed me in hospital fighting for my life.”

Amanda is now getting corrective work done at a London dental clinic, as she said “no one else in Northern Ireland or Ireland would see me because I went abroad”.

“I’ve had 50 hours of correction work up to date now, and I’m still receiving more,” she said

“I had to have 12 root canals, a tooth extracted, I had to have two mouth surgeries and then I have had to have so much more other treatment and it’s still not finished.

“It’s been terrible; it’s been quite the ordeal”. 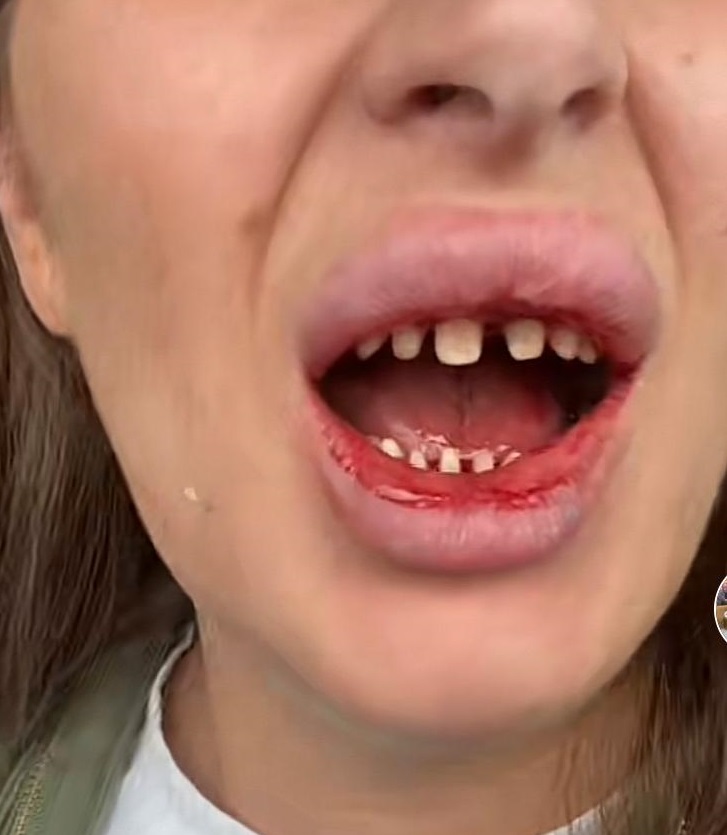 She said issues arose as soon as she got to Turkey.

“They cross-contaminated the teeth that they glued into my mouth: they had dropped them on the floor two days prior to doing so,” she said.

“I had no idea these were going to be my teeth, as my receipt said I was getting the individual crowns and the root canal treatments that I had agreed.”

Amanda had a baby nine months ago and said the pregnancy had damaged her teeth.

“The pregnancy hormone had damaged my teeth, I needed quite a bit of work done,” she said.

“I had been back and forward to the dentist and I was receiving work in Belfast.

“When I had an appointment to have a tooth extracted and root canal treatments done, two of my children ended up admitted into hospital with the norovirus – so I missed my appointment.

“Waiting for another appointment, I was going to be waiting a while, so I seen this as a quick option to get all the work done in one week,” she added.

Main image: Amanda is seen in hospital after her dental work. Picture by: Supplied