Optometric care is one of the services – with chiropractic, podiatric and dental care – that a group of local health care centers say Arizona’s Medicaid agency has not reimbursed them for. They claim the law requires the services be covered. (Photo by Leonardo Munoz/EPA/Shutterstock)

In his opinion, Circuit Judge Richard R. Clifton praised the district court judge and the attorneys on both sides “for their skillful handling of the uncommonly complex issues presented by this case.” But he said the decision to dismiss the case was wrong, and ordered the case back to district court for a new hearing.

An attorney for the health care centers declined to comment on the case Friday until she could talk to her clients. Officials with AHCCCS said they were still studying the ruling and would not be able to comment before next week.

The case was filed in 2019 by the health care centers, federally qualified health centers who said they have “an enforceable federal right to reimbursement for FQHC services, which include the services of its dentists, podiatrists, optometrists and chiropractors (among others).”

They said AHCCCS “categorically excluded” chiropractors from coverage and improperly limited reimbursement for dental, podiatric and optometric services for adults, all of which they said is mandated under Medicaid and the state’s plan for Medicaid.

But AHCCCS lawyers claimed that the agency “does not, as Plaintiffs claim, ‘categorically exclude’ any dental, podiatry, optometry or chiropractic services” – it includes those services, the agency said, but it only “covers these services with limitations.” 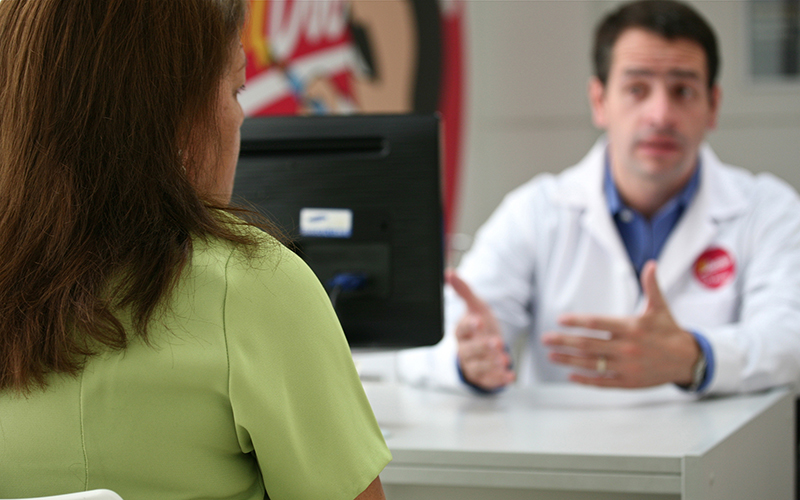 The district court judge agreed with the health care centers that AHCCCS cannot exclude those services, but she said the law did not prohibit it from limiting coverage. And she rejected the claim the chiropractors were excluded, noting that coverage of services on patients under age 21 is included in the state plan.

She dismissed the case, sparking the health care centers’ appeal.

The appellate panel disagreed with the district court judge, finding that “Arizona’s categorical exclusion of adult chiropractic services violates … the Medicaid Act.” Clifton’s opinion went on to reject AHCCCS’s interpretation of the Medicaid Act, which he said “would enable a state to categorically exclude all coverage for all FQHC services.”

Finally, the appeals court said the lower court wrongly applied “Chevron deference” to the case, a legal principle that requires courts to generally defer to an administrative agency’s interpretation of the regulations it enforces.

AHCCCS had argued that its limitations had been approved by the regional administrator for the Centers for Medicare and Medicaid Services (CMS), the federal office that oversees states’ plans for Medicaid and their enforcement of those plans.

But the appeals court said that in order for Chevron to apply, there has to be a clear record of the decision-making that went into the approval. Clifton said the record “lacks any evidence about CMS’s reasoning” on Arizona’s rules.

“We conclude that the record before us does not establish that Chevron deference applies to Arizona’s limitations on adult dental, optometry, and podiatry services,” Clifton wrote.

While the Supreme Court “has long held that ‘nothing in the (Medicaid) statute suggests that participating states are required to fund every medical procedure’” included in the mandated categories, CMS has to justify the reason for the decision to exclude coverage. Clifton said it had not.

The case was ordered back to district court to consider, among other things, whether there is enough evidence for the Chevron doctrine to be used in this case.